How Long Do Finger Monkey Live 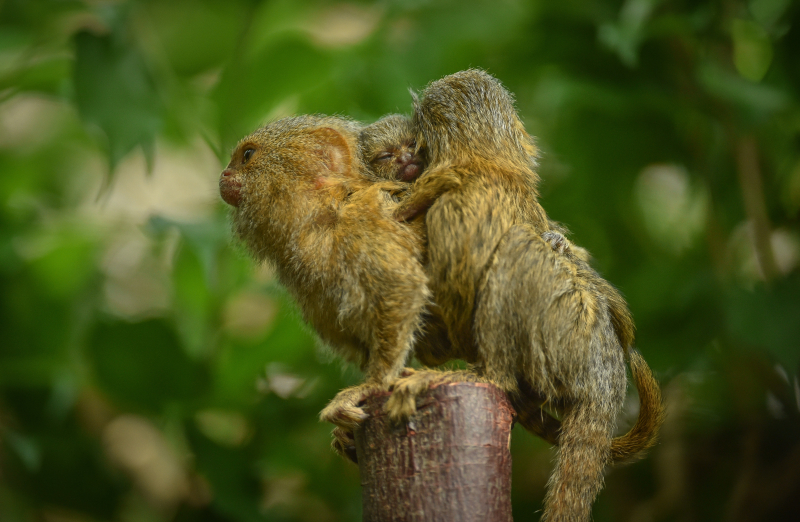 The animal name pygmy marmoset is known as Finger Monkey. It’s also known as a pocket monkey. There is some reason behind those strange names. Pygmy marmosets are the smallest species of monkeys in the world.

This incredible animal lives natively to South America. People love to adopt finger monkeys. People kept them as pets. An adult finger monkey becomes 4-6 inches long and weighs 3.5 ounces. They are so small that’s why they can easily hang on the fingers of an adult human.

Finger monkeys are social creatures; that’s why they always travel in groups. Usually, a finger monkey has 6 to 9 members in their family with an equal number of males and females. They are able to speak with different monkeys using different patterns.

The Duration Of A Finger Monkey’s Life

The average lifespan of a finger monkey is up to 12 years. They can live about 16 to 20 years due to exceptional care, proper diet, and protection from natural threats.

Behavior And Life Cycle Of A Finger  Monkey

A gummivore is a particular category of an omnivore that primarily consumes gum and tree sap. Insects and fruit make up the remaining 20% of their diet, which is made up of about 80% of tree sap.

Additionally, they can defend themselves by using their pointed teeth. Pygmy marmosets are not often combative, but if they perceive a threat, they would react aggressively and attack with their razor-sharp teeth and claws. Females become more aggressive and less tolerant towards the end of their life.

Males and females alike appear to contribute equally to raising infants, and all members of The family unit participate in this task.

Babies are carried continuously for the first two weeks of life. After two weeks, parents leave their baby in a quiet area with some protection while they go collect food.

Finger monkeys have a complex vocal call system. They use chemical signaling and use visual cues to communicate. The three types of vocalizations used by pygmy marmosets. These are “trills,” “j-calls,” and “long calls.”

Trills and j calls, which are used to indicate food, danger, and location, both consist of a string of fast repeated high-pitched notes. At close ranges, trills are utilized, and j calls are used at medium ranges. Long calls are utilized while traveling and let groups communicate with one another. “Kwee-kwee-kwee” is the sound of the long call, which is also used to find a mate.

The Tarsier is a small animal that lives on various islands in Southeast Asia, including the Philippines. Lemurs and Monkeys separate tarsiers in terms of shape. The Tarsiers become 3.5-6 inches long.

The Tarsiers are too short-lived creatures. The average Lifespan of Tarsiers is 2-12 years.

Silvery marmoset is a new world monkey living in Brazil’s eastern Amazon rainforest. The silvery marmoset is one of the smallest primates. The average length from the head to the body, without the tail, is usually around 8.5 inches. The tail typically adds another 11.5 inches.

The average lifespan of Silvery marmosets is 16 years.

The Graells’s tamarin, Leontocebus nigricollis graells, is a subspecies of the black-mantled tamarin that can be found in northern Peru, eastern Ecuador, and southeast Colombia of the northwestern Amazon.

It varies from other black-mantled tamarins in that its lower back, rump, and thighs are olive-brown. They become 7.8-12 inches long.

The average lifespan of a Graells’s tamarin is up to 13 years.

The cotton-top tamarin is a small new world monkey. They can be found in tropical forest edges and secondary forests in northwestern Colombia. Cotton-top Tamarin becomes 8.2-10.2 inches long.

The average lifespan of Cotton-Top monkeys is up to 24 years, but most of them die in 13 years.

Night monkeys are known as Peruvian night monkeys; they live endemic to the South American country of Peru, in the Andes Mountains. They become 65 centimeters long.

The average lifespan of a  Night monkey is 12-20 years.

Is It Legal to Keep Finger Monkeys as Pets?

If you want a finger monkey as a pet, you first need to find out if keeping primates, specifically monkeys, as pets is permitted in your state. The private possession of monkeys is expressly forbidden in more than half of all states and the District of Columbia or is permitted only with a specific license, permit, or exemption provided by the state, county, or municipality.

Due to their small size and adorable looks, these little marmosets have become very popular as pets in the United States. Though, they are still wild animals. As was already noted, they eat by boring into tree bark with their long teeth.

Although usually not dangerous, especially to children and other animals, this makes their bite uncomfortable. Aggressive behavior in finger monkeys is well-known, especially in males as they mature. Like other monkeys, they are known to throw their waste when enraged.

These are intelligent creatures, and the first few years of existence profoundly impact them. Because the habits they form now will stick with them for the rest of their lives, you must invest a lot of effort in training them when they are young.

Finger monkeys should ideally be purchased or adopted in pairs. These gregarious creatures cannot maintain their mental health even with plenty of human company.

For their well-being, they must have an interspecies friendship. They can contract human illnesses, including the flu, chicken pox, and HIV. Obtain from the breeder an assurance that your monkeys are in good health. Find out if your neighborhood has a

veterinarian that specializes in primates before opting to bring one home. These animals can’t be treated effectively by a general practitioner of medicine.

In conclusion, it is impossible to exaggerate how terrible a choice it is for both you and the monkeys to introduce a finger

monkey into your home. Finger monkeys are wild creatures that should not be kept as pets. Instead, they require other Finger Monkey pals and a full-sized enclosure that resembles their native habitat.

Therefore, finger monkeys don’t make good pets for common pet owners. They might be an excellent addition to a zoo or other businesses, but average pet owners shouldn’t get them.